Just a little something I'm working on...

The woman who had told everyone about the pastor and her son was microwaving a Hot Pocket. She wasn’t even sure she’d be able to eat it; not after the day she’d had. As soon as the microwave beeped the phone rang.
“May I speak to Cheryl Greene please?”
“This is she.”
“Hello. This is Markus Stone.”
“Who in the hell do you think you are calling my house?”
“I was just calling to see if you were home. I’m glad that you are. I wanted you to hear this…”

My Journey As A Full-Time Writer---So far So Good...

Okay, so the Book Expo America event wasn't what I expected. I thought the environment would be conducive for networking. Rather, it was a bunch of industry people who were done for the day and wanted to get together and let loose, which I guess after being on the floor at the Javits Center all day, they were entitled to some down time.
But, I met up with my publicist, Ella Curry, which was nice. She hoped that I would meet a lot of people, but again, the vibe in the room wasn't lending to that. But she did introduce me to a couple of ladies who head their own book clubs. I gave them each a copy of my novel.  I also met Michelle Gipson who has an online magazine called Written Magazine, and Phill Branch, a contributing writer to that magazine and filmmaker. Both were very nice. I look forward to seeing them again. So the moral to this is that while I didn't part with, nor gain a hundred business cards, I did meet who I was intended to meet. And as a result, my book was featured in Michelle's magazine alongside some other really great authors. I visualized meeting about three people that I felt would be meaningful to meet and it came to pass. My one regret is that I didn't go to the Javits Center because if I had, I would have seen J. Randy Taraborrelli, who was doing book signing for his biography of Marilyn Monroe, which incidentally coincided with the premier of a Lifetime movie about Marilyn that he was also involved with. I met Randy for the first time back in 2006. He was in NYC on a media blitz for his Elizabeth Taylor biography. Then, a year later, I was invited to his home for an end-of-summer party. Had a very good time. So,it would have been very nice to see him again, and had I known he was there, I definitely would've stayed in Manhattan longer to do so.

Now, I've been working as a full-time writer for three months, and I love it! I love getting up in the morning, kissing the spouse goodbye and having my two cups of coffee. Then, I get much of what could distract me out of the way so I can devote my time to writing my third book. Admittedly, it took some time to get used to the flow of my day, and not allow those distractions to blow my entire day. But now, I've reached a point where I'm feeling productive. And I can smile because I'm living my dream. I said that I wanted to be a writer who worked from home, and while the opportunity did not present itself in the way that i thought it would, it did present itself, and for that I'm grateful!
Posted by Lloyd at 9:57 AM No comments:

So tomorrow will be a week since my work path shifted. I've gone through all of the emotions one expects to go through when such a change takes place unexpectedly. Now more than ever it is time to keep steppin'. I'd built up such a momentum that it would be foolish to stall now. So, I sent emails to various brick and mortar bookstores, some who have an online shop option. To keep the spirits high, I also bought The Alchemist by Paulo Coelho. The first time I ever heard of the title was from Will Smith. I tried to listen to it on YouTube, but I wasn't at a point where I was ready to receive what it had to offer. Fast forward and I am now ready to receive its message.  I look forward to all opportunity that springs forth. My faith is alive, and it is steadfast that I will achieve my goals. 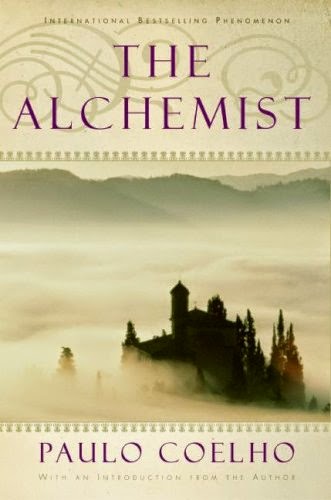 Yesterday I was let go from a position I held for a little over ten years. The truth is, I felt like I was in a cloud for most of the day. But I woke up this morning realizing that while I no longer have the convenience of a regular routine,  there is something greater awaiting me. I feel God closed this door because He has an even bigger one for me to walk through, but in order for me to see the value in that, He had to force me out of a situation that I was not very happy with in the first place, and was only going through the motions for. I kind of liken it to an adult child who is living at home with their parents, and they have no real motivation or ambition to leave until one day the parents say "GET THE EFF OUT!" I think God was telling me to get the eff out, because knowing me, I would have been content complaining about this job and the politics that go along with it for as long as it was all comfortable and routine.
I've said that my goal is to be a a full-time author who writes from home and makes a living. Here is that opportunity to do so and I'm scared shit-less. I don't want to fail. I want to be one of those great success stories of second chances. I have two published books that I am promoting. I have events set up for the summer, and connections to be made. I'm excited by the prospects, and grateful to have been forced into realizing my destiny. And while it would have been nice to have left that old life of my own volition, God came knocking when He did, and I opened the damn door. 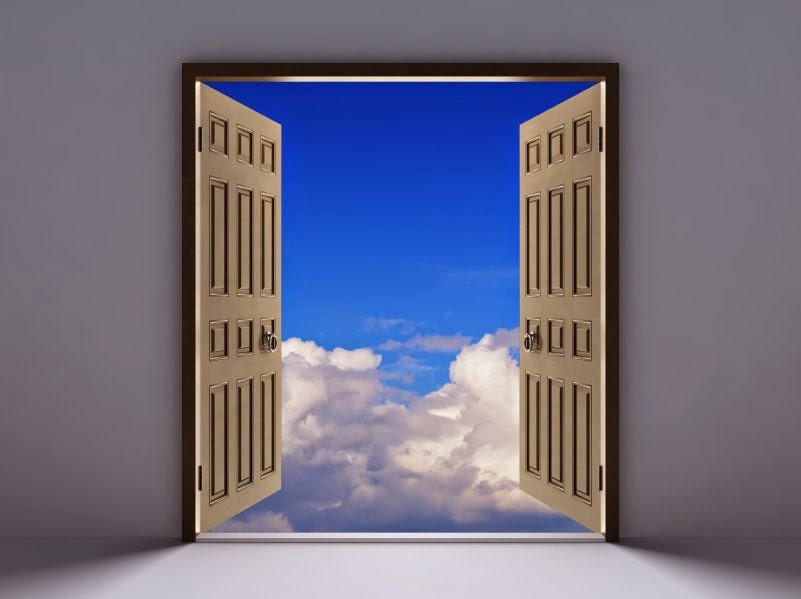 Looking for inspiration, though none exists that is long lasting. Nonetheless, I must find something to inspire my work. I am no William Burroughs; I won't be sitting still in an altered state watching the shadows crawl across my walls. My mind doesn't give in to things that way. Perhaps that is a curse. Perhaps my writing would only be helped if that were the case.

Wrote down my goals early this morning. Nothing far into the future, more like things to be done within the day or week. I finished two and a half of them. I'm supposed to record myself reading from my novels. The thought terrifies me. I would be a stuttering fool if I were to do that now. I'm not ready. And yet, I must become ready no later than mid week. I have a radio interview coming up a week from tomorrow. I'll have to talk out into a space that I'm not sure will be occupied with listeners. I can hope. Hope costs nothing to myself or anyone else for that matter, unless that hope is a false one.

One thing I am certain of, I have faith in  the work I do, that I am doing. And that isn't delusion speaking, and I'm sure it would sound divine uttered from another's lips, but the truth is, I have talent as a writer. Whether a  modicum or a filled stream's worth. And I have goals and ambitions that I hold fast to because without them I would go mad. And not in a melodramatic or psychotic way, but in a way in which one would have to sit alone in silence and think about all the choices he's made and how those choices have brought him to where he is at this moment. I own those poor choices. Owning them helps to keep me here in the moment.  I only have what I am doing here in this moment. And it has to work for me, because God knows I don't have anything else.
Posted by Lloyd at 12:01 PM No comments:

Just Something That Came To Mind...

A man once told me to enjoy my privilege. He said it with sarcasm dripping from his lips, and envy glowing in his eyes.
He wanted me to feel badly...to second guess the paths I've chosen, while he stews in the broth of his failures.
Such misdirected harpoons he throws as he stands at the foot of all of the bridges he's burned.
Consumed by bitterness, he does nothing to mend his broken wings so that he too might fly with those angels he won't believe in.
Instead, he dusts off a seat next to himself in hopes that he might find company with misery. And the man rolls his eyes at abundance before donning a mask of duplicity.
He winks at his own reflection through shards of his life...he thinks he's clever than most, even as the mask hangs precariously from his face.
All who've loved him stand a distance away, wasting time hoping he'll find joy after mending his wings.
But there isn't enough time in anyone's day. Bitterness burns his eyes, he can no longer see. And so he trips into the rubble of burned bridges.
He swats away the hands of those angels he won't believe in, waiting to die.
And die he does.
Posted by Lloyd at 3:10 PM No comments:

I've received three letters from readers of my book, The Dog Catcher, this week. This is a wonderful moment for me  because I get to see how the book has impacted people's lives.
As a writer, you want to know that someone is reading your work, but also that they are finding some reward having read it. These people inspired me to continue putting my all into my writing. The fact that they took time out of their day to tell me how much they loved my book is aces to me.  This motivation will carry me through. All of those moments when I think no one is "listening", this proves that yes, there are people peeking in on what I have to say. It's a good feeling. It makes me smile.

This new found motivation also inspires me to continue to press forward with promotion of The Dog Catcher. I have a few things in the works, things I wasn't sure would amount to much. Now I have the courage to to take action and see it through. If it doesn't work I can say that I  learned a new way not to do something.  Failure isn't an option...
Posted by Lloyd at 9:31 AM No comments: